Become an LPNWhy you should consider a career as a nurse 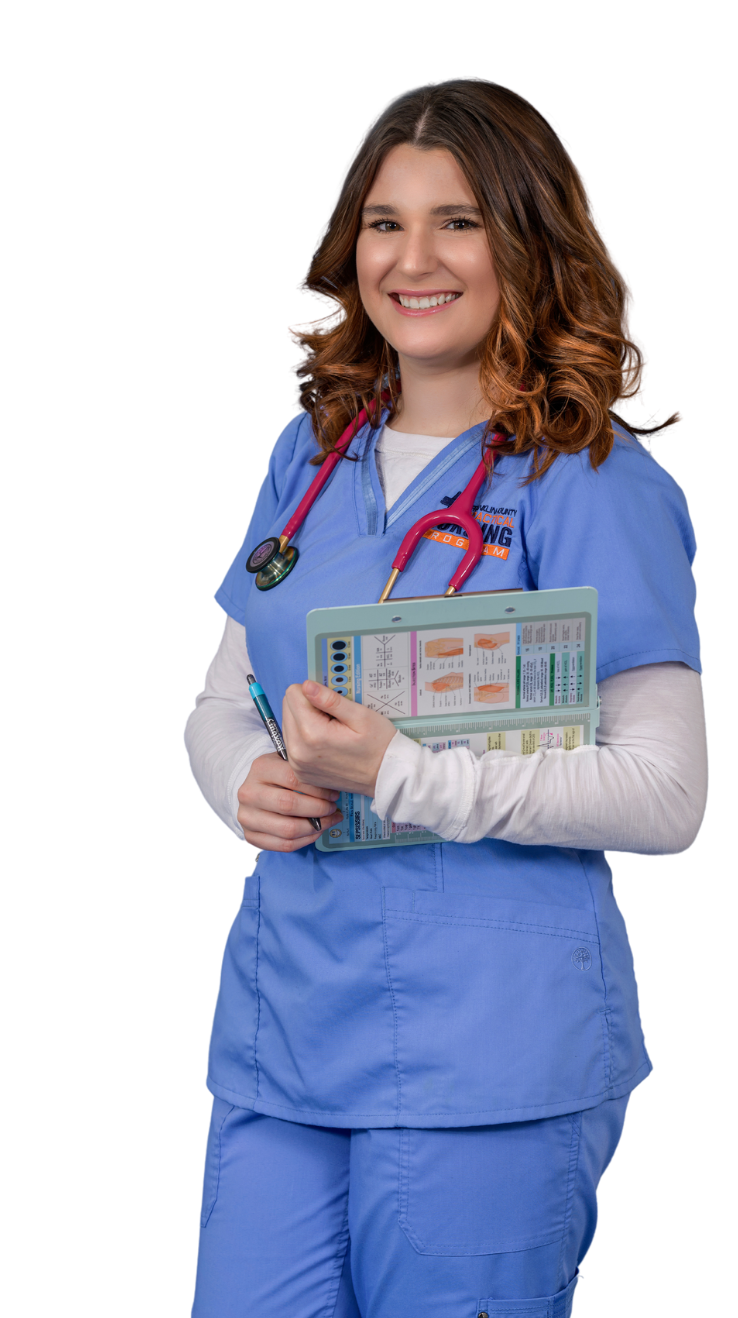 Published with permission from the National League for Nursing

Consistent with its mission to promote excellence in nursing education to build a strong and diverse nursing workforce to advance the nation’s health, the National League for Nursing recognizes that the licensed practical/vocational nurse (LPN/LVN) is a valuable member of the nursing community and significantly contributes to improving the health of the nation. In fact, the 2011 IOM report, “The Future of Nursing,” acknowledges that licensed practical/vocational nurses are especially important to health care delivery because of their contributions to care in long-term care facilities, nursing homes, and community-based settings.

Working toward an inclusive environment and calling for recognition of all nurses who provide culturally sensitive health care in a wide variety of environments is central to the NLN’s core values of caring, integrity, diversity, and excellence. Diversity embraces acceptance and respect. Although one often thinks of diversity at an individual level, it also encompasses institutional and system wide behavior patterns, affirming the value of multiple career pathways. A culture of caring, as a fundamental part of the nursing profession, calls for a commitment to the common good and to act always in the best interests of all members of the nursing community.

The NLN believes that the diversity offered by multiple points of entry into the nursing profession and the variety of progression options available provide an environment for enrichment and professional growth. To produce a more educated and diverse workforce, as called for by the IOM report (2011), it is imperative that nurse educators and clinical practice partners work together to create new models of academic progression that are inclusive of the LPN/LVN, as well as other pre-licensure and post-licensure graduates.

On March 15, 2022 – the projected need for LPNs in Pennsylvania is 3,690 or 12% increase (expected to grow much faster than average).  This is related to changes in demographics and expanding role of the LPN.  The most recent annual salary projections for LPNs in South Central Pennsylvania is $47,650.

Responsibilities of an LPN:

Abilities needed as an LPN:

See the important infographics that illustrate the LPNs contributions!

The National League for Nursing recently published a Vision Statement entitled “A Vision for Recognition of the Role of Licensed Practical/Vocational Nurses in Advancing the Nation’s Health” A Living Document from the National League for Nursing NLN Board of Governors, September 2014. This publication addresses the vital role of the LPN on the Health Care Team. This statement can be viewed at the following link.

According to the US Bureau of Labor Statistics, 753,600 licensed practical/vocational nurses were employed in the US in 2008; projected job growth for this group of nurses is anticipated to be greater than the average rate, estimated to be 21 percent between 2008 and 2018 (2010-2011 Occupational Outlook Handbook). This job growth is driven by the aging populous and the escalating average age of the LPN/LVN workforce.

Similar to the RN workforce, the average age of the LPN/LVN in 2008 was 46.6. This fact, coupled with data from the Pew Research Center indicating that 10,000 baby boomers will turn 65 every day in the US from January 2011 through 2030, underscores the need for health care providers (New York Times, 2011). This is particularly true for health care providers dedicated to the care of older adults in community-based settings, including long-term care. The LPN/LVN is a key member of the workforce to answer this need.

A focus on care of the older adult and the need for this type of employment speaks volumes regarding the future of LPN/LVNs (NCSBN LPN practice analysis, 2009). There has been a dramatic shift in national employment facility trends for LPN/LVNs in the last decade. In 2003, 42.4 percent of newly licensed practical nurses were employed in hospital settings. This number has withered to 16.8 percent in 2009 while employment in long-term care soared from 44.5 percent to 56.9 percent (2003 to 2009).

Community-based care also demonstrated a dramatic increase from 10.3 percent to 19.8 percent. Conversely, RN trends for newly licensed individuals are strikingly different with hospitals accounting for 89.2 percent (85.6 percent in 2005) of placements, whereas long-term care accounts for a mere 5.3 percent. (This number actually reflects a drop from 7.6 in 2005.)

State practice acts address core requirements for the LPN/LVN workforce. The definition of practical nursing varies from state to state but generally includes concepts related to providing basic care; application of principles of medical/surgical asepsis; medication administration, including IV administration in select states; administration of treatments and assessment; and planning, implementing, and evaluating care of clients in collaboration with the RN or physician.

There is widespread consistency among state practice acts that the LPN performs selective tasks and works under the direction of the RN, advanced registered nurse practitioner, physician, or dentist. However, there is less consistency related to critical decision-making skills that are necessary to the LPN/LVNs’ daily job responsibilities, especially in skilled care and home care settings. Though some state practice acts address teaching and counseling responsibilities and delegation in collaboration with the RN, there is a need for more consistency between state board regulations and practice requirements.

Home health aides and personal and home care aides are projected to be the third and fourth fastest-growing occupations in the country between 2008 and 2018, increasing by 50 percent and 46 percent, respectively. Nursing aides, orderlies, and attendants are expected to increase by 19 percent (US BLS, 2008). These health care workers are traditionally supervised by LPN/LVN nurse colleagues; integration of concepts related to delegation and case management are currently considered an emerging mandate in LPN/LVN curricula nationally, based on this national trend.

According to 2009 NCSBN job analysis, 47.3 percent of newly licensed LPN/LVNs responded to the practice analysis survey that they have administrative responsibilities within their job role. LPN/LVNs working in long term care facilities were nearly six times more likely to have administrative abilities than those working in hospitals (65.8 percent versus 11.7 percent in hospitals)

“The Future of Nursing: Leading Change, Advancing Health” (IOM, 2011) and the NLN Vision, “Academic Progression in Nursing Education” (2011) clearly state that in order to respond to the increasing demands of health care reform, nurses must achieve higher levels of education and training through an innovative education system that promotes seamless academic progression. The IOM report also notes that nurses who enter the profession with either an associate’s degree or baccalaureate degree, on average, seek one more degree over the course of their career. This finding relates to LPN/LVN graduates as well. According to the NCSBN practice analysis (2009), approximately 25 percent of LPN/LVN responders reported enrollment in an RN education program. Of this group, 80.5 percent were in associate degree programs, 13.7 percent in baccalaureate programs, and 4.9 percent in diploma programs. At this time, one-quarter of the LPN/LVN graduates seek RN licensure; new models of academic progression that consider LPN/LVN to BSN and higher degrees are strongly needed in order to move all pre-licensure nursing graduates to advanced degrees more efficiently and with less cost.

LPN/LVN programs contribute to the diversity of the nursing workforce. A one-year program provides an open door for many community members who may have difficulty gaining entrance to an RN program or affording the initial step. According to the National League for Nursing (2009), African-American enrollment in LPN/LVN programs is 21.8 percent. This percentage exceeds all other pre-licensure minority access data: African-American enrollment in BSN programs are 14.0 percent; diploma programs, 17.8 percent; ADN programs, 13.9 percent; BSRN, 13.6 percent; master’s programs, 12.7 percent; and doctoral programs, 11.3 percent. Additionally, medics returning from active duty can initiate a civilian nursing career as an LPN/LVN in some states. These data support the need for LPN/LVN career pathways to contribute to the diversification of the nursing workforce.

For the Nursing Education Community

Facilitate discussions among faculty, students, practice partners, and other stakeholders across the nursing education and health profession communities to model a culture of inclusivity, mutual respect, and collaboration.

Create strategies to increase diversity in practical nursing schools’ enrollment; mentor this group to continue on the career pathway to RN.

Begin a dialogue with LPN/LVN regional faculty to initiate access to clinical sites, including specialty sites such as maternal and child health and psychiatry, and community-based health care settings.

Create and engage in professional development and educational progression opportunities inclusive of all levels of nursing education, when applicable.

Help to establish work environments that are conducive to positive collegial relationships among all nurses and interdisciplinary staff.

For the National League for Nursing, Engage in nursing research, inclusive of LPN/LVN-related issues, specifically to advance the science of nursing education to increase retention of LPN/LVN students and promote academic progression.

Provide opportunities for educators from all types of nursing education programs to work collaboratively on projects aimed at transforming nursing education. Promote the development and validation of new educational approaches, emphasizing critical decision-making in response to the LPN/LVN’s emerging role in sub-acute, skilled care and home care.

Promote research and development on the intraprofessional and interprofessional education of nurses and projects that evaluate the impact of skill mix and the impact on quality care.

Explore with the National Student Nurses’ Association (NSNA) the option of including LPN/LVN students in their organization) Colleagues, these are our thoughts at this point, please join us in this dialogue and of course, the reflection…

How can faculty across the nursing education academic spectrum create a culture of inclusivity and respect within our profession that includes the LPN/LVN as a vital member of the nursing community, serving as a model for others in health care?

In what ways can the nursing education community develop seamless career pathways for LPNs/LVNs to move to professional practice models?

What will it take to build more collaborative bridges among all types of nursing education programs for the purpose of advancing the nation’s health?

A related news release can be found here

National Council State Board of Nursing. (2010). Member board profiles.

National League for Nursing. (2009). A commitment to diversity in nursing and nursing education [Reflection and Dialogue].

Please click on the link to see public discussion about this Reflection and Dialogue from the National League for Nursing. Dialogue

Take the Step Towards a Better Future!